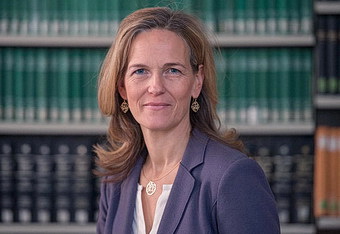 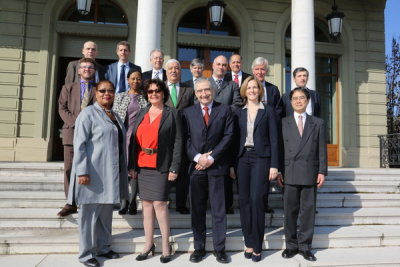 Since 2020, Professor Dr Anja Seibert-Fohr has been serving as the German judge at the European Court of Human Rights. She is the Hengstberger Professor of Public Law, International Law and Human Rights and Director of the Institute for Constitutional Law, Constitutional Theory and Philosophy of Law at the University of Heidelberg. As a former member and Vice-Chair of the UN Human Rights Committee (2013-2018) her current research focuses the socio-legal dynamics of international norm compliance.

Until her arrival at the Hengstberger chair in Heidelberg, Professor Seibert-Fohr was Director of the Institute for International and European Law and the Chair of International Law and Human Rights at the University of Goettingen. Prior to that, she directed the Minerva Research Group on Judicial Independence at the Max-Planck-Institute for Comparative Public Law and International Law in Heidelberg and acted as a member of the Academic Founding Committee of the International Nuremberg Principles Academy. In the course of her academic career, she has been a visiting scholar at Georgetown University and a Herbert Smith Visiting Professor at Cambridge University in the United Kingdom. Her research focuses on the Rule of Law, International Human Rights and Dispute Settlement.

Ms. Seibert-Fohr has published a large number of works in the field of International Law, Human Rights Law and Comparative Law, including “Prosecuting Serious Human Rights Violations” (Oxford University Press) and an internationally renowned edited collection entitled “Judicial Independence in Transition”. She is also a co-editor of the “Max Planck Commentary on WTO - Technical Barriers and SPS Measures" and the Liber Amicorum Rüdiger Wolfrum. For many years, she has had practical experience through her engagement in several rule of law initiatives. In cooperation with the Organization for Security and Co-operation in Europe, she directed a joint project on judicial independence, which led to the Kyiv Recommendations on Judicial Independence in Eastern Europe, South Caucasus and Central Asia.

Professor Seibert-Fohr holds law degrees from Germany (First and Second State Examination) and from overseas (LL.M. in International and Comparative Law with highest honours). As an alumnus of the prestigious German National Merit Foundation (Studienstiftung des Deutschen Volkes), she received her Doctorate in Juridical Science in Washington D.C. (supervisor: Professor Thomas Buergenthal, former judge of the International Court of Justice). The esteemed Max Planck Society awarded her a grant for outstanding researchers for the Advancement of Sciences. The mother of three obtained her qualification as a professor (“Habilitation”) from the University of Heidelberg with a monograph on the function and legitimacy of constitutional court judges in liberal democracies.